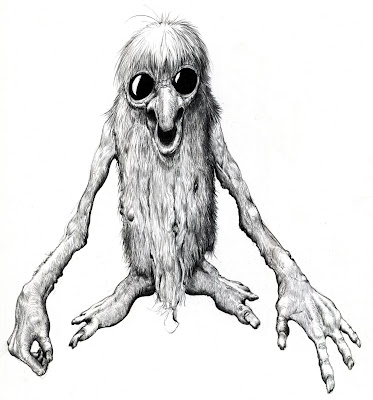 Okay, this character is some time old, it was in 2010 when I drew it, but it reminds me of a character which follows me from my youth (I won't tell his name here, some people who know me will also know his name). The idea was to design a fantasy race of pygmies withaout any clothing, their bodies only covered with some kind of fur - like a beard. It was supposed to look ugly and not cute, maybe some people will think it looks cute just because of its large eyes.

Some details of their bodies:

Some tools they may use: 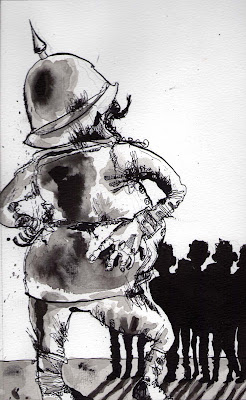 Maybe it was popular in some times to join the army to fight a "good fight"... 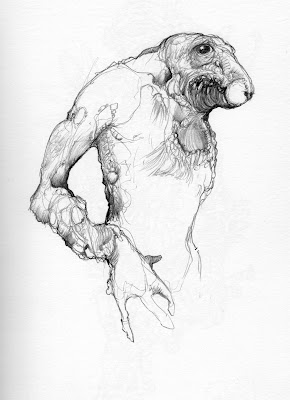 Posted by Roland Prinsler at 8:41 AM 6 comments: 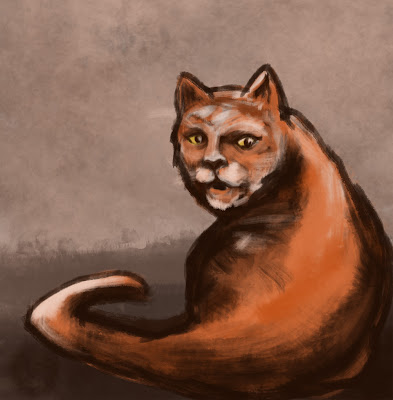 Really, that's not my style. Really not. I am sure. This cannot be. Really not.
Posted by Roland Prinsler at 9:26 PM 2 comments: 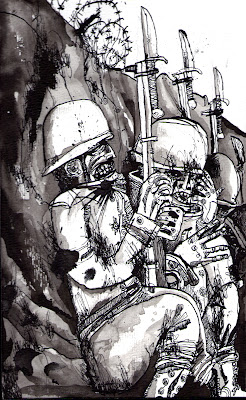 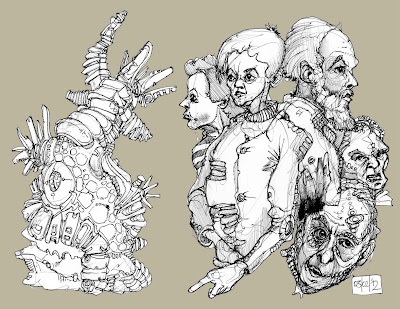 Strange object and some faces.
Posted by Roland Prinsler at 11:43 AM No comments: 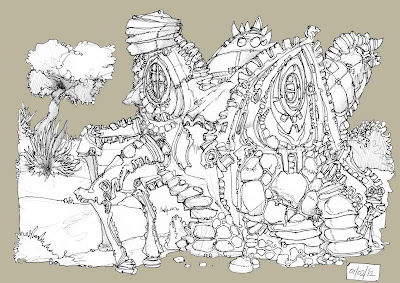 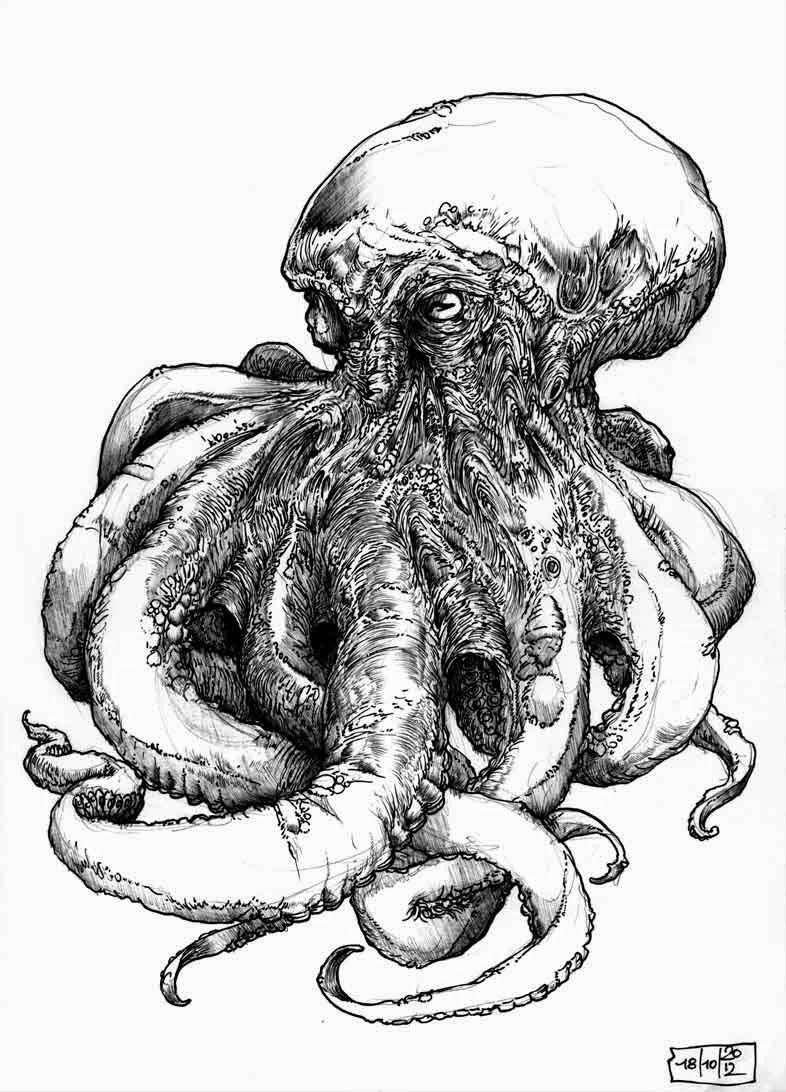 Prints of my artwork for sale!